The Archdiocese of Blantyre is the largest of the eight dioceses in Malawi. It was originally under what was called Nyasa Vicariate established in 1897. Later in 1903, the Southern Province together with Ntcheu District formed the Shire Prefecture Apostolic. This became a Vicariate Apostolic on 14th April 1908. In 1952 the Shire Vicariate was divided; the Northern part became the Vicariate of Zomba; whereas the southern part became Vicariate of Blantyre. It was promoted to Metropolitan Archdiocese of Blantyre in 1959. The suffragan dioceses under this metropolitan see are Mangochi, Zomba and Chikwawa.

Today the Archdiocese of Blantyre has an area of about 9,166sq.Km. It covers seven districts, most of them highly populated (Phalombe, Mulanje, Thyolo, Chiradzulu, Blantyre, Mwanza and Neno). There are now 41 Parishes divided into eight deaneries. The population of practicing Christians is over one and half million. The number of Christians keeps soaring every year.

Our Lady Queen of All Hearts is the patron saint of the Archdiocese of Blantyre. 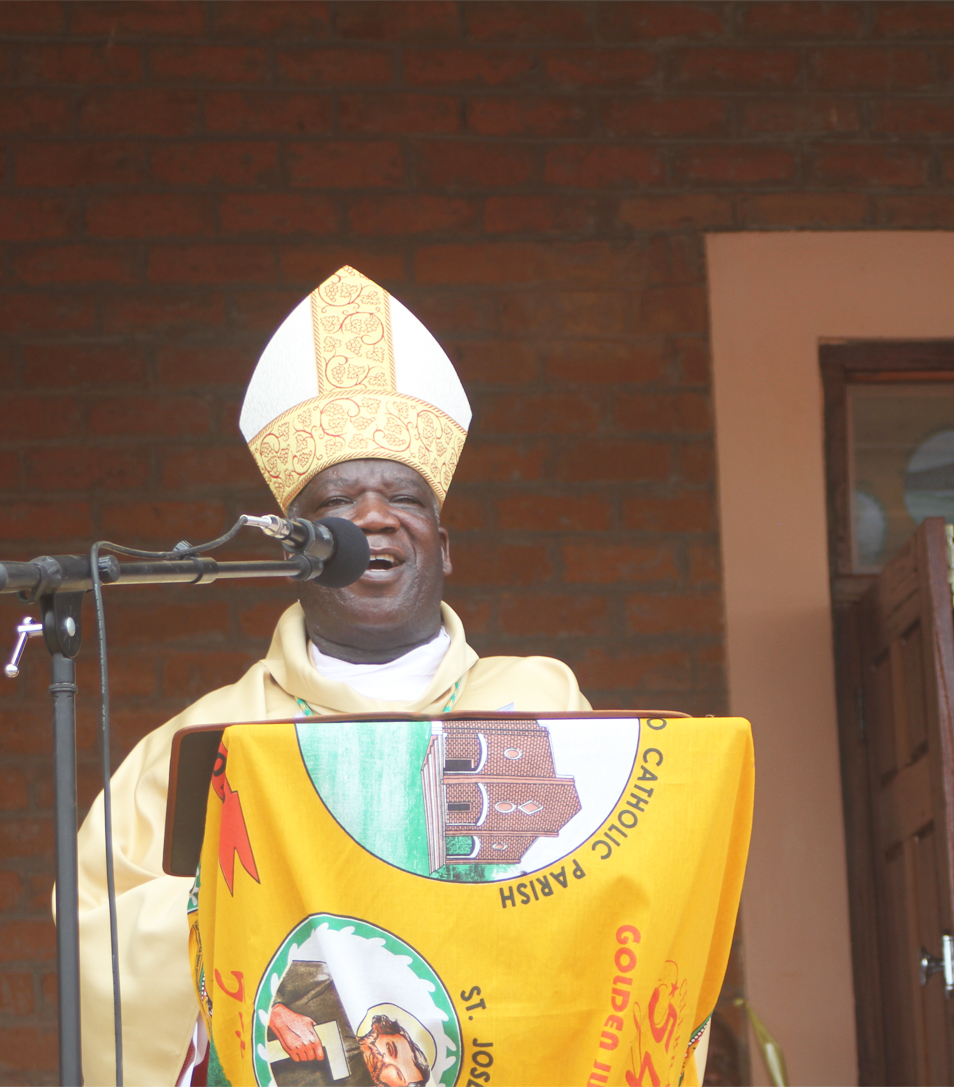 The Most Reverend Thomas Luke Msusa was born on 2nd February, 1962 at Iba Village, Mangochi District. He was ordained priest of Montfort Missionaries on 3rd August 1996 at St. Augustine Cathedral in his home district. After serving the Lord in various capacities as a Montfort Missionary, he was appointed Bishop of Zomba Diocese on 19th December 2003. He was consecrated on 17th April, 2004. On 21 November 2013, Bishop Msusa was appointed Archbishop of Blantyre and was installed on 8th February 2014. His motto is ‘That they may be one’ (ut unum sint).